The Civil War broke out in 1861. The Union captured New Orleans in April, 1862, saving the city from the destruction faced by other Southern cities.  New Orleans remained an occupied city until the end of the war.

With slavery ending, one of the first goals of newly freed African-Americans was education.  Abolitionists opened schools throughout New Orleans for the thousands of recently enslaved children desiring to learn.  Opening and operating a school required funding, something not easily accessible during wartime.  They decided on a unique strategy for donations – sending pictures of former slaves who were lightly colored across the country.  Their reasoning was mainly twofold: to appeal to whites who might be able to relate to those in the photograph and to demonstrate the illogical nature of the “one-drop-rule”, a construct instituted during slavery claiming anyone with African ancestry as black, regardless of appearance.

The success of the campaign demonstrated who was understood to be a victim and deserving of an education in 19th century America.  Despite the collapse of the legal institution of slavery, the respect and opportunities of personhood, including the human right to an education, remained absent for the majority of people of color. 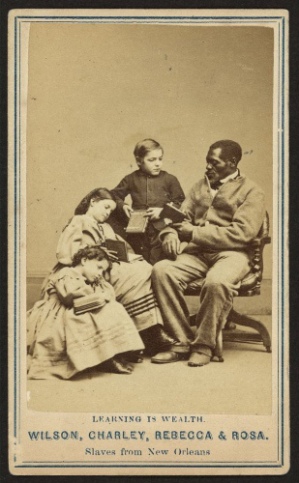 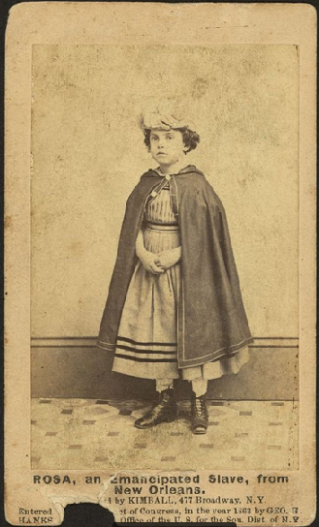 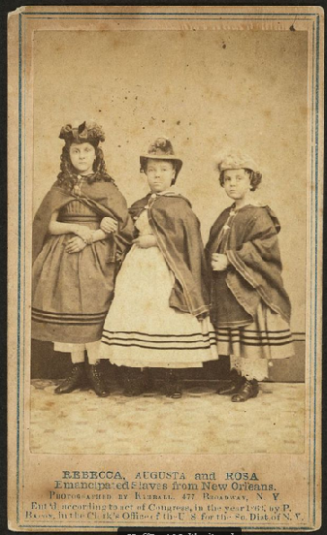 Notice those photos with the Union flag used to appeal to Northerners.  The pictures sold for $1 for “the large picture, 25 cents each for the small ones.”

Photos are public courtesy of The Library of Congress.

2020 Louisiana State Teacher of the Year & Author of “The 1868 St. Bernard Parish Massacre: Blood in the Cane Fields,” The History Press View all posts by Chris Dier